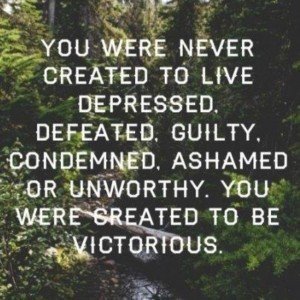 My greatest work has always come from my deepest pain. I’m not very good at being vulnerable and showing my weakness, but it’s something I’m working hard on. I don’t want anyone to ever feel sorry for me. Everything I have been through has taught me incredible lessons, and I wouldn’t trade that for anything. It’s made me who I am today. It’s easier for me to keep my feelings to myself than to share them, especially with the world. I do believe, however, that it’s impossible to change while inside of our own comfort zone. I guess I better get used to being uncomfortable, because I have big dreams.

A few weeks ago my Labrador (Belle) suddenly passed away. She was very healthy and full of life, so it was completely unexpected. Of course I always knew that one day she would have to leave this world, but I wasn’t ready. I’m not sure that I would have ever been ready. My heart hurt so much; it felt as if it had been ripped in two. I know many of you can understand the pain of losing a pet that’s also a family member.

My sweet Belle died on the way to the vet. I was left with quite a bit of guilt. What if we had taken her sooner? What if, what if. A million “what ifs.” I let myself feel every single one of these “what ifs,” but soon remembered what I so deeply believe in. Everything happens exactly as it’s meant to, no matter how painful or how confusing.

Belle was much more than just a dog, she was the best companion I could ask for. She made me laugh every single day! She taught me many lessons throughout her life, but her greatest lesson was also her final lesson.

Belle reminded me of something that‘s so easy to forget, that life should be spent doing what you love. I have a tendency to go nonstop, and I realized how much I’ve been missing out on. I have so much I want to accomplish, and sometimes it feels like there’s never enough time in the day. Since Belle passed, I’ve slowed down my life considerably. I’ve been doing my best to enjoy individual moments, and make sure I laugh really hard, everyday.

Quite simply, I want to do my best to change the world, even in just a small way. My greatest wish is that by sharing my story, hopefully I can lessen the suffering of others. I was sick for so long because I had no idea there were other options. I tried everything in the western medical world. I’ve had four surgeries, did all the tests, and took every medication I was given. My doctors never talked about diet, and also stated that my diet had nothing to do with my disease. I want others to see that maybe there’s another way.

I’ll never forget the day that my life was forever changed. I can see it as if it were yesterday. It happened long before my last surgery, when I had my entire large intestine removed. One day I started to get very sharp pains in my back. I was nervous that I was getting shingles, which I had before, and knew the pain all too well. After a couple weeks, I finally went to see my doctor, where she was convinced that I had a blood clot in my lungs. I, however, wasn’t convinced. Things like that didn’t happen to me. I needed to get back to work, so I ignored my first doctors advice to go to the ER. I went back to work.

Over the course of a couple more weeks, I was only getting worse, and became very sick and felt like I could hardly breathe. My Gastroenterologist was the doctor I couldn’t convince otherwise, and he sent me directly to the ER. He even wanted to send an ambulance to take me to the building, which was less than a block away. Not a chance I was doing that, I wouldn’t make a scene no matter what the circumstances were. He finally convinced me to take the shuttle to the hospital building. He walked me downstairs to the street, but little did he know that as soon as he turned his back, I would start walking up the street to the ER myself. That’s just how I was, and still to this day, how I am. I always push myself further than others think I can go.

By the time I reached my destination, I was wheezing and couldn’t think straight. I walked to the restroom and splashed water on my face, trying to catch my breath. I caught a glimpse of myself in the mirror; I didn’t even recognize who I was anymore. I was a ghost of my former self. It was the first time where I realized just how sick I was.

Anyone who’s spent time in an emergency room knows that it’s an all day affair, if not longer. All I could do is stare at the clock and hope that I got out in time to beat rush hour traffic home. Still convinced my doctors were all wrong, each test they performed made them believe even more that I had a blood clot. I was rushed back for a CT scan, which showed that I thankfully didn’t have a clot, but there were spots in my lungs. That meant I wasn’t allowed to go home. Bummer, I hated hospitals. No matter how sick I was, hospitals were the most boring and lonely places I’ve ever been.

I was admitted to the hospital for many more tests, where it was finally decided that I had fungal growth spots in my lungs; a side effect of one of the medications I was on. I was immediately taken off of the medication that kept me in remission, yet was destroying my immune system. This was the beginning of my downward spiral. I quickly went out of remission, and less than a year later, had to have my colon removed. I was one of the lucky few, as many people have died from these same fungal growths, from the same medication that I was on.

When I was admitted to the hospital, I learned that one of my old friend’s very young daughter, Susie, (we’ll call her “Susie” for privacy reasons) was admitted to a different hospital at the same time as me. Susie never knew it, but she got me through so many of the days that felt like they’d never end. I was so frustrated that I was stuck in a hospital, and yet there was this little girl, admitted to a hospital as well, who was about to be diagnosed with cancer. I didn’t know much, but I knew she was very sick. I knew that if she could fight, I certainly could too. I knew she was going through so much worse than I was, so I sucked it up, put a smile on my face, and kept going.

I kept up with Susie’s story through a journal that her mom kept online. It often left me in tears, but it also left me inspired to keep fighting, as so many people had it so much worse. Susie never got the chance to hear it from me that she was one of my biggest inspirations. She was only two years old; she was an angel here on earth.

There were so many times that my life could have ended. I was lucky that the fungal spots in my lungs went away on their own, as it’s very rare for that to happen. I was lucky that the infection I had in my blood didn’t end up much worse. I was lucky that my intestines didn’t burst from my obstructions, as I’ve seen it happen to others. I’ll never know why I was one of the lucky ones, but I do know that I got a second chance, and I won’t ever waste it. After all, life is so short. 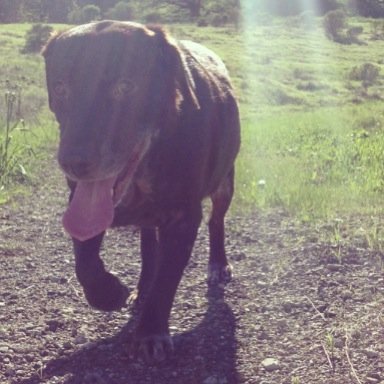