Home / Health / How I Healed My Adrenal Insufficiency

To read part 2 of How I Healed My Adrenal Insufficiency, click HERE. 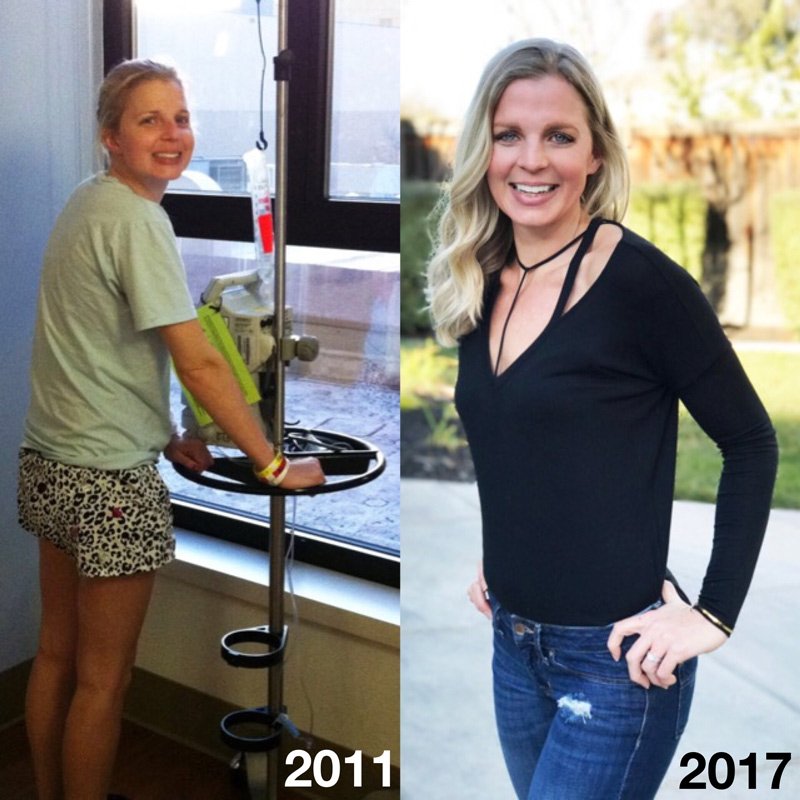 Are you someone who sets goals? I personally love setting goals, and my biggest goal for 2016 was something that most of you probably didn’t even realize that I was dealing with. My goal was to heal my body from Adrenal Insufficiency.

I had no idea how I would actually heal my adrenals, especially given the fact that in the beginning of 2016 I was going on five years since my diagnosis of Adrenal Insufficiency, but I knew that I would, because I would do whatever it would take.

In order to explain how I developed Adrenal Insufficiency, let’s rewind time a bit.

When I was 12 years old, I was told that I had Crohn’s disease, and that my diagnosis came without a cure. It was something that I couldn’t comprehend at the time, nor did I have any idea of the intense struggles that I would face because of this disease. I was given multiple medications that would forever change the course of my life, with one of them being Prednisone. Let’s just say I had a love-hate relationship with this particular medication.

On one hand, Prednisone saved my life multiple times. On the other hand, it flipped my world upside down by causing life altering . The first few days on Prednisone were the absolute greatest. I would always go from barely being able to get out of bed because my Crohn’s symptoms were so severe, and not being able to hold any food down, to feeling like I could run a marathon and eat everything in the entire fridge, all while getting hardly any sleep.

On high doses, Prednisone made me hungrier than I ever thought could be possible. My mom used to joke that feeding me was a full time job, and I would dream of lunch while I ate breakfast. At 12 years old, I would go to the kitchen at midnight to make myself pasta, because hunger consumed my mind.

After several days of taking high doses, the dreadful side effects would start to take over. I had uncontrollable mood swings, became deeply depressed, and the ever so lovely “” appeared. These were just a few of the dozens of side effects that I experienced.

Fast forward to the day of my very last surgery, February 4th, 2011. This was the day that I had my entire large intestine (colon) removed, and the day that my life changed more than I can even put into words. During surgery I was placed on 100mg of Prednisone, which was the highest dose allowed (for me at the time). After surgery, I was tapered off of the medication, as it isn’t meant to be taken long term.

One month after my surgery, I started to feel like I was getting worse again. I could barely hold down more than a sip of a smoothie each day, I had absolutely no energy, and I was feeling extremely depressed. It took me another full month to say anything to my doctor, as I had hoped the symptoms would simply pass.

On April 1st, 2011, I nearly collapsed after walking up the stairs in my house. It was in this moment that I new something was horribly wrong, and so I finally called my doctor. My doctor scheduled me to come in the next morning. After running some tests and not finding the issue, it was with luck…or a divine intervention, as I believe, that a resident doctor happened to take a look at my file. She noticed the pattern of Prednisone use and immediately suspected that I had Adrenal Insufficiency. She was right.

I was diagnosed through what’s called an ACTH stimulation test, which showed that I wasn’t producing any cortisol.

Up until that day, I had barely even heard of the adrenal glands, or what they were responsible for. Now, it would feel as if they controlled my entire life.

I spent the next five days in the hospital and was told that Prednisone had caused my adrenals to stop producing cortisol. I was immediately placed on 40mg of Prednisone, and was told that I would taper off and would most likely be fine in a couple of months. That was the only advice I was given. Not once was diet, stress or lifestyle addressed – all things that I’ve discovered to have a massive impact on my adrenals.

Fast forward five years later, and I was still taking Prednisone to make up for the lack of cortisol that my body was not able to produce. It felt as if Prednisone controlled my life and held me back from my true potential. Each time I attempted to lower my dose, I became extremely ill. It seemed to be an endless cycle of attempting to taper off of the medication. I was now onto my 3rd Endocrinologist, who I still have never met in person.

My doctor told me that he didn’t think that I could get off of Prednisone and that I would most likely live my entire life with Adrenal Insufficiency. This is the exact moment that changed my life forever. The moment that I decided that I would do whatever it took to heal my adrenals.

Over the course of 8 weeks I had completely tapered off of Prednisone, without any outside assistance.

During the time that I was tapering off of the Prednisone, I wrote out exactly what I knew I needed to do. I focused on rest, especially whenever my body was “telling me” that it needed it. I learned to manage stress better than I ever had before. I learned to be smart with my workouts, and never run myself down. I deeply listened to my body and did my best to provide what it needed. I was in it to win it, without letting any excuses get in the way. I maintained a positive mindset, knowing that I could and would heal my adrenals. In fact, I fully believed that they were already healed.

On Saturday, August 13, 2016, I took my final dose of Prednisone. This was the final medication that I released from my life. I cannot tell you the feelings of joy I have that this no longer holds me back. My adrenals are BY FAR the healthiest and happiest that they’ve ever been, and I am beyond grateful.

Healing my adrenals taught me to take care of myself like I never had before, and I believe that this will prevent me from becoming sick again in the future. While having Adrenal Insufficiency was one of the most challenging times that I have experienced, I wouldn’t trade it for anything.

Healing my Adrenal Insufficiency completely also healed my relationship with Prednisone. I have nothing but love for the lessons that this medication has taught me. It has humbled me and shown me another side of life, which I may not have seen otherwise.

While I was in the hospital, just after being diagnosed with Adrenal Insufficiency, I entered the deepest and darkest depression, and I wasn’t sure how I would move forward, but I did. I made one small step at a time, and then bigger and bigger steps, which have led me to where I am today. For so long it was so incredibly painful to look back on that time, but now I look back and smile and even laugh.

Throughout my life, I have been told over and over what others think that I can and cannot do. I have had all of the odds stacked against me, and yet, I have proven otherwise to each and every one of them.

Getting my health back was the hardest yet most rewarding thing that I have ever done. It didn’t come in the form of a pill or magic quick fix. It came with thinking outside of the box, not listening to others limiting beliefs, and learning to trust my own body again.

Whatever challenges you face this year, know that no matter what, you’ve got this! It may not be easy, but I believe that it will be worth it.

With so much love,

NOTE : I had switched to Hydrocortisone (a slightly more natural form of Prednisone) in November 2011, although I only used Prednisone throughout this post, to keep things simple.