Home / Health / From Sickness to Health – My Story 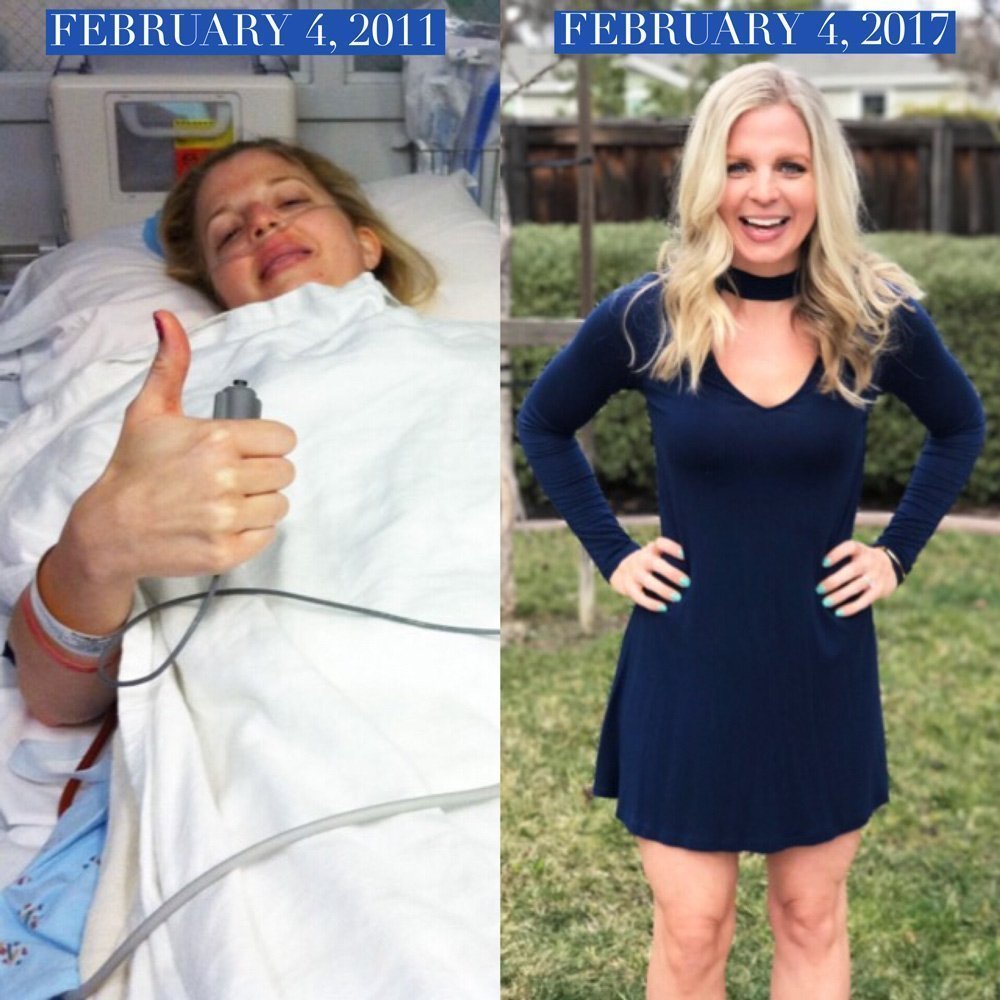 Just over 3 years ago, I sat down for the very first time to write out my journey from sickness to health. The emotions were still very raw, and at the time, it was still very hard to look back on those memories. While my past obviously remains the same, how I see it has truly shifted. Now, I look back on those times and I smile and laugh, as my challenges have made me the woman I am so proud to be today. I believe that it’s not our struggles that define our lives, it’s what we do with them. I have lived through my own personal hell, and because of that, I now realize that I am unstoppable. Physically, I’m incredibly strong now. Mentally, I’m unbreakable.

At the time that I’m writing this, on February 4, 2017, it’s been exactly 6 years since my last surgery, and exactly 4 years since I completely changed my diet and lifestyle, which in turn changed my entire life more than I ever thought possible. Growing up, food wasn’t something that I looked at as important. I believed that I could eat whatever I wanted, because I was always very thin. It wasn’t until I changed my diet 4 years ago, that I realized that this belief couldn’t be further from the truth.

While changing the food that I eat has made an incredibly powerful impact on my health, looking back, I now realize that food wasn’t the only thing at play. Food is truly just the beginning, and creating a positive mindset has been my golden ticket to health. Through my website, and all the work that I do, I’m showing you step by step exactly how I took back control of my life. I teach only what I know and what I have personally lived through.

Whatever it is that you’re facing, know that you’ve got this. It all starts with truly believing that ANYTHING is possible.

And now, I get the honor of sharing my story with you.

It’s been an incredibly long and bumpy road, to get to where I am today. None of it was easy, but all of it has been beyond worth it. There were many times where I just wanted to give up and I didn’t know how I would take another step, but I kept going, no matter what. I owed it to my husband, my family, my friends, and most importantly myself, to find my true health and a life that was really worth living. Countless doctors had told me that I would never heal, that I should expect to live my life sick, and that it would never get better. I was placed on medications that changed how I looked, that made me feel like I was going crazy, and that ultimately destroyed my immune system. My doctors may have given up on me, but that didn’t mean I was going to give up on myself. I knew deep inside that there had to be another way. Switching to a paleo lifestyle has been one of the best decisions I’ve ever made. It was an easy change for me, because it made my dreams become my reality. I now have the health that I’ve been dreaming of for so long. Now you will see, why this lifestyle, that lit a spark in me, has now become my complete passion. Welcome to my world.

Health wasn’t something that was given to me, I’ve had to fight for it since I was a kid. I fought incredibly hard, and I won. I was diagnosed with Crohn’s Disease at the age of 12, after dropping 30 pounds in a month, and I was already tiny. I was immediately put on all sorts of medications to lower my immune system, and hopefully put my disease into remission. At the age of 12, I was taking 96 pills a week. Not so much your ideal childhood. Unfortunately, back then I had no idea that the food I was consuming was literally killing me. My doctors never mentioned diet to me, so it wasn’t important, right?

The conventional method of treating my disease (medications, hospital stays, etc) worked fairly well for while, but when I was 21, I really started to see and feel the negative effects of the medications I was taking. These prescription drugs began to take a serious toll on my immune system. I had just started my final 2 years of college, to complete my degree in fashion design, and I was so excited for what was to come. One morning I woke up with a terrible sinus infection, and had also lost my voice. My voice didn’t come back for over a year and a half. Hard to even imagine, right? I was passed around from doctor to doctor, and unfortunately the most they could offer me were antibiotics, which basically worked like a short-term “band-aid.” Once my voice came back, the infection started to move into my ears. This is when I suddenly lost my hearing; I could hardly hear someone unless they were shouting. Let’s just say I became real good at reading lips. I had constant ear infections, and yet again, no doctor could treat me with anything but antibiotics. Antibiotics were becoming my way of life. I was frustrated, and life wasn’t exactly what I would call fun.

Looking back now, I can see the exact time when the course of my life changed forever. Back in May 2010, I was admitted into the hospital with fungal growth spots in my lungs, caused by the medication I was taking. I was immediately taken off of that medication, but I was running out of options. Throughout my life, when one medication stopped working (as they always did), I would be placed on the newest version that had come out. At the time, I never thought it was a big deal, until there were no more new medications. This time, I was placed on an old medication that I had taken when I was 14. My Crohn’s immediately went out of remission, and I became very sick. A few months later, I had become so sick that I was forced to leave my job as a fashion designer. Life was like Groundhogs Day. Everyday I woke up with no energy, and everyday I went to bed with no energy. During the fall of 2010, I kept ending up in the ER with long hospital stays, due to obstructions in my large intestine. My intestines were so inflamed that the food I was eating could not pass. Obstructions are extremely dangerous, and my doctors were afraid my intestines would burst, which would cause my body to go septic. I had been told for months that I needed to have surgery to have my entire colon removed. It’s not something I even wanted to imagine.

As I spent that Christmas in the hospital, I knew I couldn’t go on like this for much longer. I had pneumonia for the third time, and an infection in my blood, which had come from my intestines. I was incredibly weak, but I put on a smile, and I kept going. My immune system was non-existent, due to 14 years straight of crazy, harsh meds. So I made the hardest decision of my life, took a leap of faith, and had surgery.

The picture on the left was taken February 4, 2011. The day I had my entire large intestine, and part of my small intestine surgically removed. I was placed on 100mg of prednisone, which is why I look all cute like a marshmallow. Visitors aren’t usually allowed into the recovery room, but they made a special exception for my husband, as it was a major operation and I was a high-risk patient, with a next-to-nothing immune system. My husband makes my world go round, I will never know how he’s stayed so strong for over 10 years now. I told him that I would give him a “thumbs up” when he saw me, letting him know I was ok. The “thumbs up” was easy, let’s be real, I was drugged out of my mind.

This surgery saved my life. Leading up to surgery, my body was failing me. As a kid, I had no idea that the medications I thought were helping me, would eventually turn and show me their very dark side.

My doctors could save my life, but they couldn’t make me healthy. They told me my immune system would rebound within 6 months of stopping the Crohn’s medications. That never happened. These meds are so powerful, they literally change the entire structure of your immune system. I had been sick for so long, and I was so tired of it. I was on antibiotics all the time, and my doctors told me to just accept that this would be my life.

See, here’s the other thing. What my doctors didn’t know, is who exactly they were saying this to. I had a life to live, and their words wouldn’t stop me. Exactly 2 years to the day since my surgery, I took the plunge into this new diet and lifestyle change, 100%. Since that day, I never looked back, and I never will. Words truly cannot tell you how much this lifestyle has changed my entire world. Within a few days, I noticed that the inflammation I didn’t even realize I had, was gone! I’m by far the healthiest I’ve ever been.

Against my doctor’s advice, I haven’t taken a single medication for my Crohn’s since the day of my surgery. Those drugs come with serious consequences that I will no longer accept, because I know I have other options. I know better, so I do better.

They said it couldn’t be done. They still don’t believe that a simple shift in my diet has healed me. They said none of this would be possible. All I have to say is, look at me now! I’m so grateful to have my second chance! 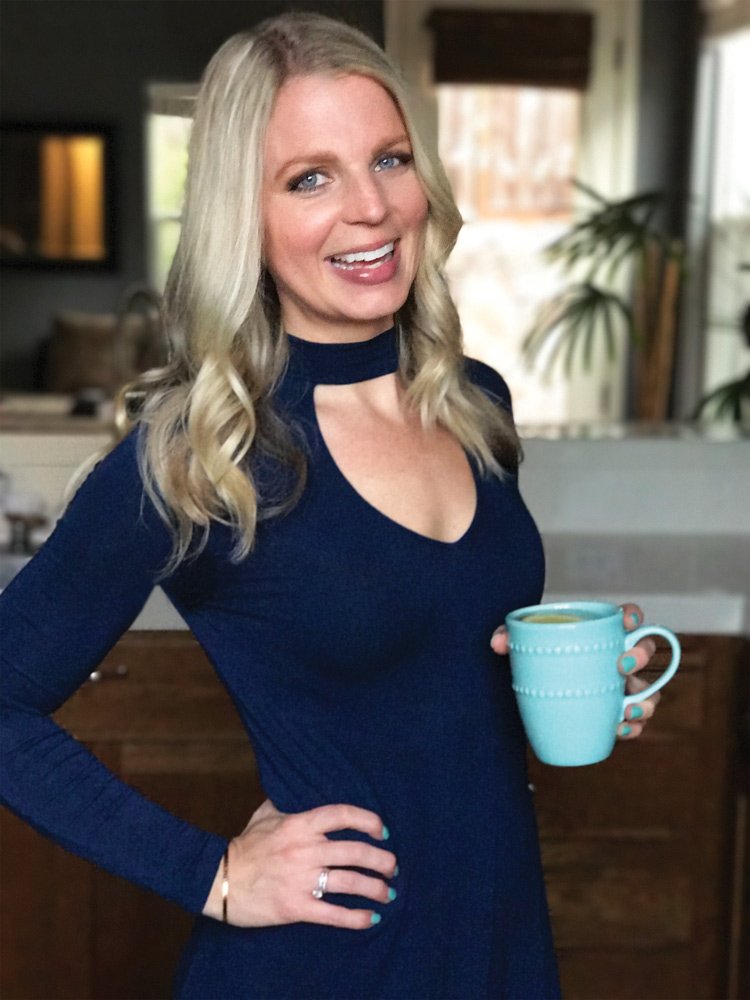 Here are some additional posts I’ve written that you may find helpful:

Healing 101 – How To Get Started With Healing

How I Healed My Adrenals